Ivrea and Dalmine – a tale of two company towns

Italian city-sized labor-capital compromises, in both progressive-humanist and Fascist flavours

Ivrea and Dalmine – a tale of two company towns

Italian city-sized labor-capital compromises, in both progressive-humanist and Fascist flavours

The industrial region of Turin-Milan played a central role in the Italian history of labor organisation, relations, and contestation. The FIAT-factories in Turin for instance were the focal point of the first large-scale introduction of Taylorism, resistance against Mussolini, and the postwar struggle for collective employmee-rights. While in Turin Taylorism was introduced uder the threat of the fasces, in Ivrea it was part of the progressive-humanistic experiment-on-city-scale of industrialist Adriano Olivetti. His ‘ideal city/community’ Ivrea has been developed as an intended harmonious ensemble of rational-scientifically designed factories, living units, and community facilities, designed by prominent avant-garde Italian architects and city planners, and recognized since July 2018 as UNESCO world heritage. We find a similar ‘company town’, dominated by a single industrial employer in Dalmine. But here the layout of city and factory follow the Fascist ideal: constructed around, and under strong control of, Church, directorate-building, and Casa del Fascio (in typical Modernist-Fascist archictectural style). Since Mussolini’s speech in 1919 for the laborers who occupied the local Mannesmann steelworks during a strike, Dalmine was also the symbolic staging ground for nationalist-syndicalist tendencies and the corporatist compromise between labor and capital within Fascist thought. 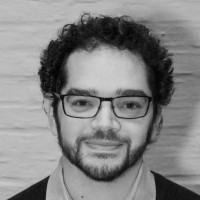